If you have language skills you really can have a successful career in many different fields. A language can add 10 – 15% to your salary and really make you stand out from the competition.

But market forces clearly back teaching German. Worldwide, up to 120 million people speak it and Germany is our second largest trading partner. The CBI says employers seek German and other languages when hiring staff but that, increasingly, British applicants are losing out to candidates from elsewhere.

Cultural awareness is a highly important career asset. To work successfully abroad, you need to have an appreciation of ideas, traditions, customs and lifestyles which are often very different from your own

Effective use of technology needs linguistic skills - The next generation will need high levels of proficiency both as communicators and in the associated technologies. While computer-aided translation systems will speed up the process of working between languages, it is people with high levels of literacy and the experience of learning and using languages who are most likely to be able to exploit new technologies to the full

"There's no doubt that languages on a CV immediately make potential employees stand out, and, with the degree of globalisation we are experiencing, I think it's safe to say that multilingual graduates will be snapped up like they're going out of fashion."

72% of UK international trade is with non-English speaking countries – but it is estimated that only one in ten British workers can speak a foreign language.

As the European Commission website states: “Each year, thousands of European companies lose business and miss out on contracts as a result of their lack of language skills and intercultural competence. The challenge for internationally active firms is to integrate different organisational cultures and communicate efficiently in order to maximise performance – languages mean business!”

The language of business

Language skills are increasingly important in a globalised economy.  Linguistic proficiency helps firms to consolidate their relationships with existing overseas trading partners and develop contacts in new markets.  Most employers (65%) are looking for conversational ability – rather than fluency – to help break the ice with customers or suppliers. Businesses looking for language skills are still seeking traditional European languages such as French (49%), but employers are also increasingly looking further afield with increased demand for Mandarin/Cantonese (44%). 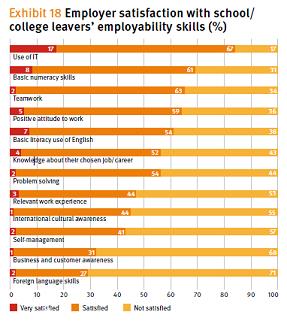